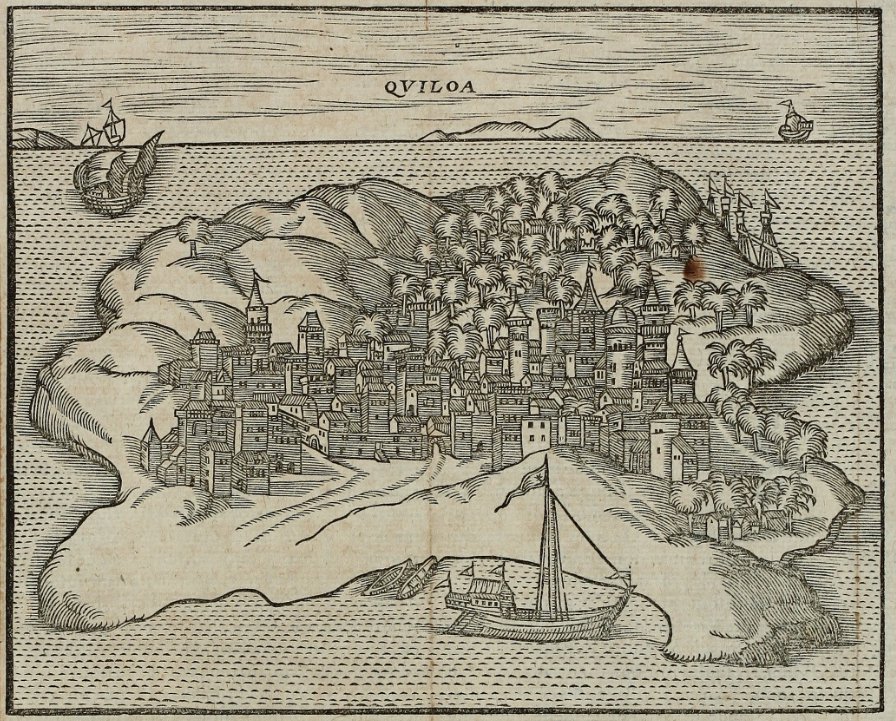 The Old Fort or Gereza (prison) in Kilwa Kisiwani situated along the coast of southern Tanzania was built by the Portuguese in 1505. This build which has two towers were meant to protect the interest of the Portuguese after they had conquered Kilwa during the early 16th century. However, the Portuguese did not stay long, and they abandoned it within 10years of habitation leaving it for use by the Arabs. The gereza is one of the still very firm monuments in Kilwa Kisiwani making a World Heritage Site since 1981. Currently, a part of this building serves as a community museum.

The Great Mosque of Kilwa is a congregational mosque on the island. It was likely founded in the tenth century, but the two major stages of construction date to the eleventh or twelfth and thirteenth centuries, respectively. It is one of the earliest surviving mosques on the east African coast and is one of the first mosques built without a courtyard.

The smaller northern prayer hall dates to the first phase of construction and was built in the 11th or 12th century. It contained a total of 16 bays, supported by nine pillars, originally carved from coral. The building was perhaps one of the first mosques to have been originally built without a courtyard.

Husuni Kubwa or the Great Palace was built during the 14th century. During the time, the palace was elegant such that it had a swimming pool inside. The palace served as a residential as well as commercial building hosting business personnel from across the world. The palace was built at a time when gold from Zimbabwe via Mozambique were traded at Kilwa.

The small mosque of Kilwa.